How to control users in a small network with a router

There is a pretty common situation where a number of users access the Internet through a standalone router box. In such network any user traffic flows directly from and to the router, which makes it impossible to intercept or impose a bandwidth limit on this traffic.

If you want to manage the users in a network like this and control their usage, you may need to make a few changes. You would need a server with Bandwidth Manager installed, and plug that server between the router and the rest of the network, similar to the picture below: 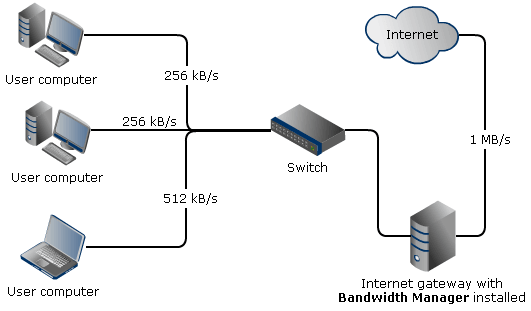 There is no point in installing Bandwidth Manager on a regular computer connected to a router, because it is impossible to control the bandwidth of other computers when they access the Internet directly. In other words, to control the traffic, the software needs to physically pass this traffic through. This leaves you with two options:

How to monitor all my devices: laptops, phones, smart TV, etc